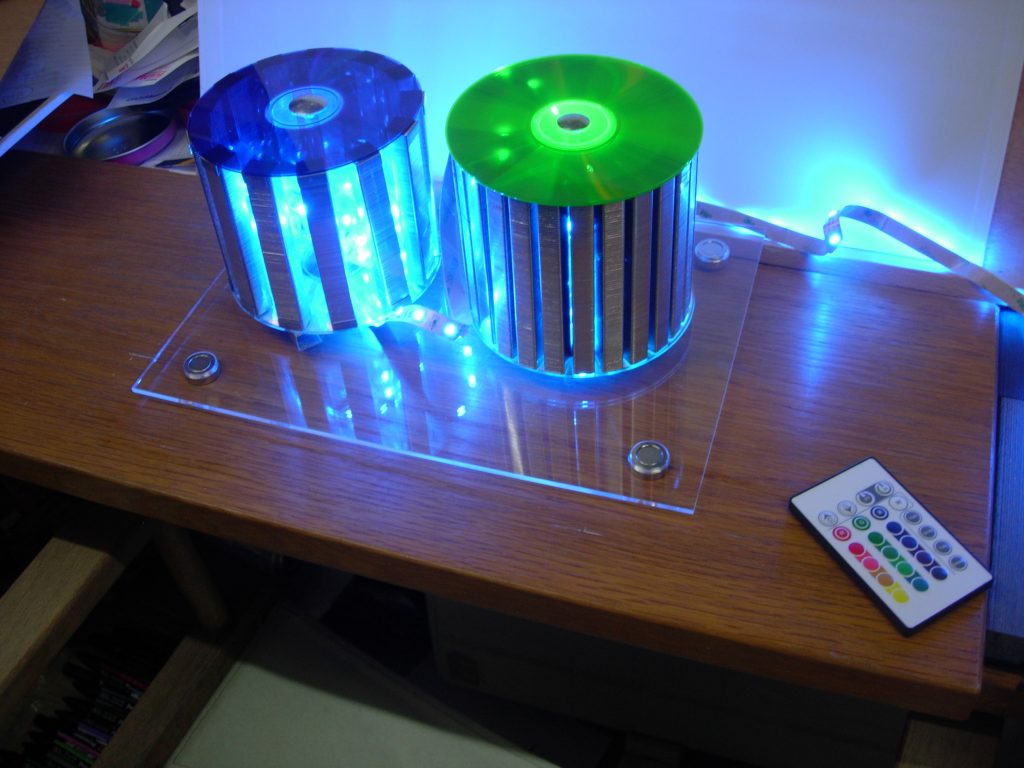 For some time I had been fascinated by LED strip lighting which are so aesthetically pleasing at such a low entry price.

Similarly  I had been using a staple gun in the garden and thought that the strips of staples had potential in some of sculpture.

Putting the two together I had the idea of some sort of LED light constructed of staples. A round shape seemed a good way forward at this stage but I needed a base and top of some description.

The top had to let light through so I considered CDs which are semi-translucent.

After a few trials it became clear that I could combine LEDs, staples and CDs in a structure.

The staple strips were glued to each other and the base CD. The CD top is held by a bolt and wing nut connected to the bottom CD. Three legs were attached to the base again using staple strips.

Two versions were produced which can either be positioned alongside each other or stacked.

With variable colour CDs and lighting options such as “smooth” or “flashing” the result is visually enchanting.

If this is to become on ongoing project the challenge is to come up with a way of strengthening the strips of staples which are prone to splitting.

For situations without a mains supply battery driven LEDs can be used but these are not as powerful so the visual effect is diminished.