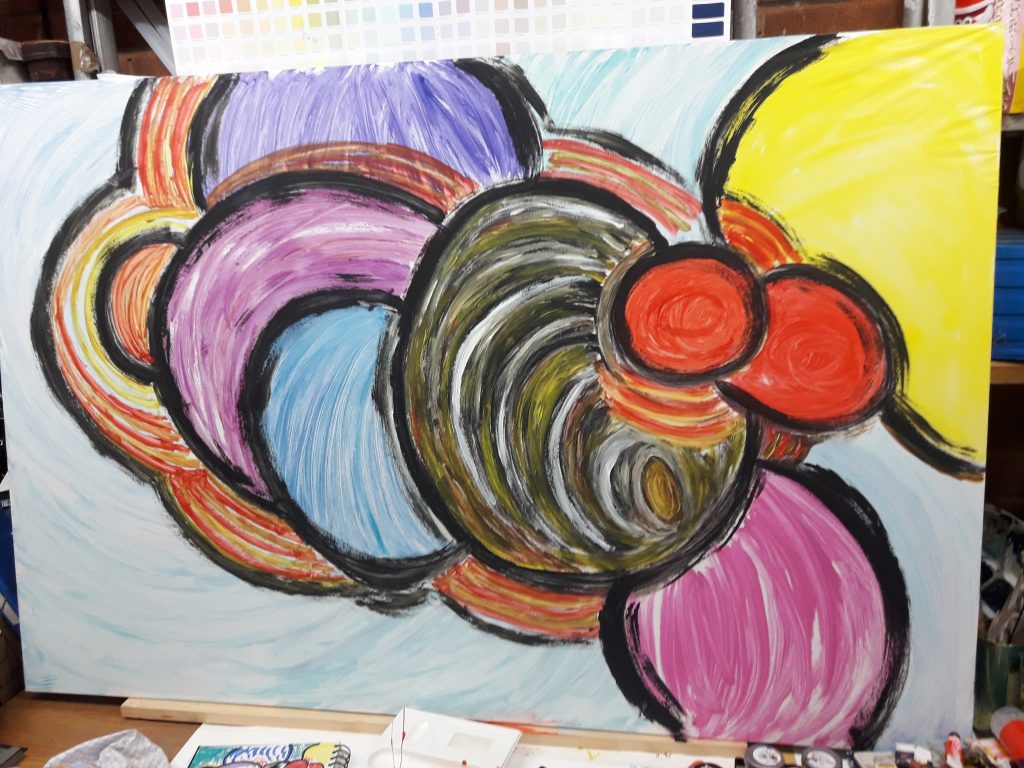 This work is more about the process than the end product at this stage.  As a response to a stressful period and attempt at art “therapy” the picture, in spite of its large scale, was created in one go and within approximately four hours.

The polythene canvas covering was used as a “practice” medium before finalising on the actual canvas (similar to a previous work “Heavenly Poly Theme”). The circles template was created using black marker pen before the colours were added and the pen lines covered with black paint.

Self satisfaction score: 5/10 It would be higher for the benefits from the creative process as therapy but as a work it scores low due to its crude appearance and fragile nature (the polythene could easily self=destruct at any time – a la Banksy?!). Undecided what to do with the work.