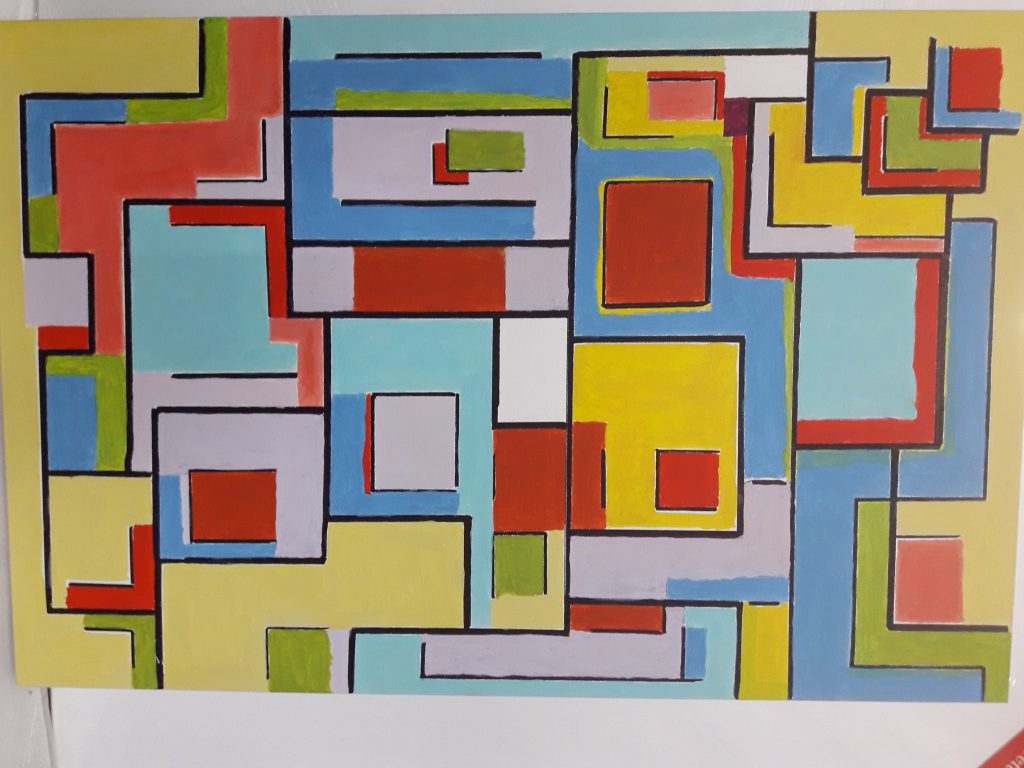 Description: this piece is heavily influenced by some of my previous work using angles, boxes, straight black lines and vivid colour combinations.

It also has a mid-century modern feel and it is only recently that I realised my work is influenced by the style, designs and fashions of the 1950s and 1960s period. It is an era which I have also found fascinating with the advent of new technologies, fashion and trends in an age when perhaps optimism for the future was at its greatest and the consumer boom began.

Hence the part title of the work – 60, followed by 80 being he number of boxes/shapes in the picture.

Self-satisfaction score: 6/10, a good attempt at a “retro” look but not quite succeeded due to some of the colour combinations not being quite in harmony and the slightly disjointed nature and relationships of some of the shapes. Overall the general colour (yellowish, reddish, orange does not quite work).