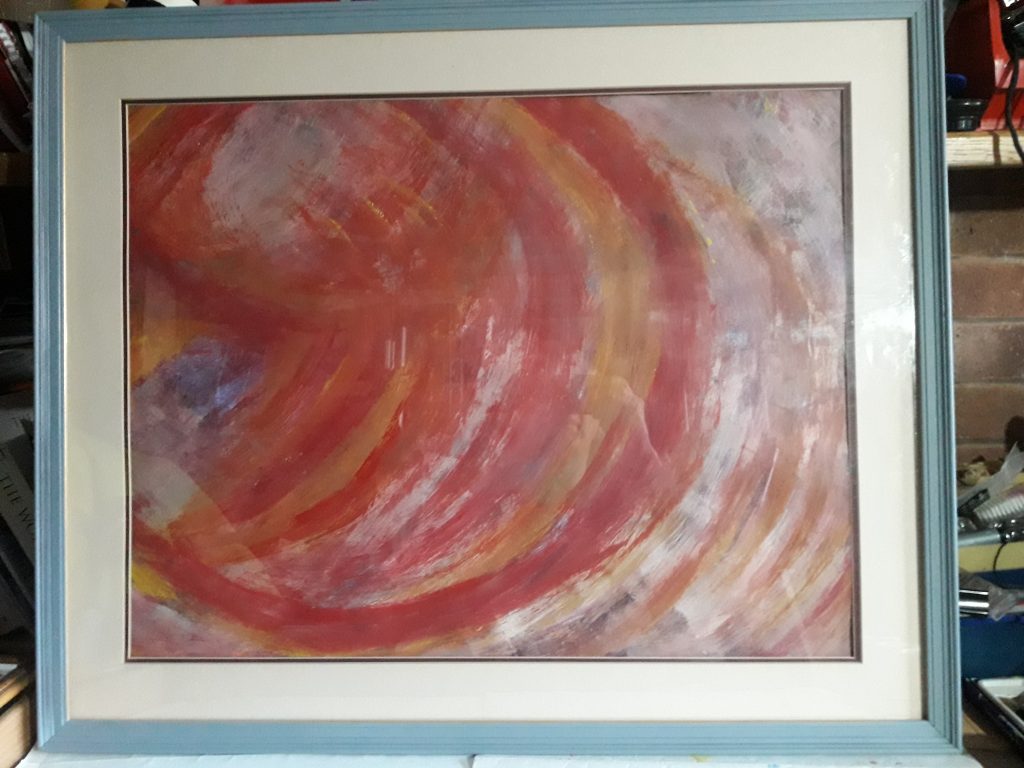 This work started out as another “bungee” but part way though several paint pots being used were accidentally tipped over from the impact of the bungee.

The paint spilled also partly covered the media so I had to rethink what I was doing. I decided to continue as spontaneously as possible and to utilise the paint already on the paper. I also used the sponge off a Dr Beckmann bottle of stain remover to create a large swirling effect.

This worked really well and made it easy to create the different colour combinations and relatively quickly.

The paint took well to the paper medium although I would not use this on a regular basis compared with canvas or board.

The end result evokes an image of a planet over-heating and out of control, hence the title “Point Tipped” a reference to climate change and the phrase “tipping point” as the moment when it is too late to stop uncontrollable global warming.

Self satisfaction score: 6/10. Considering the inauspicious start the result is pleasing. I like the movement, colour mix and textures but unsure about using paper for a large picture such as this.