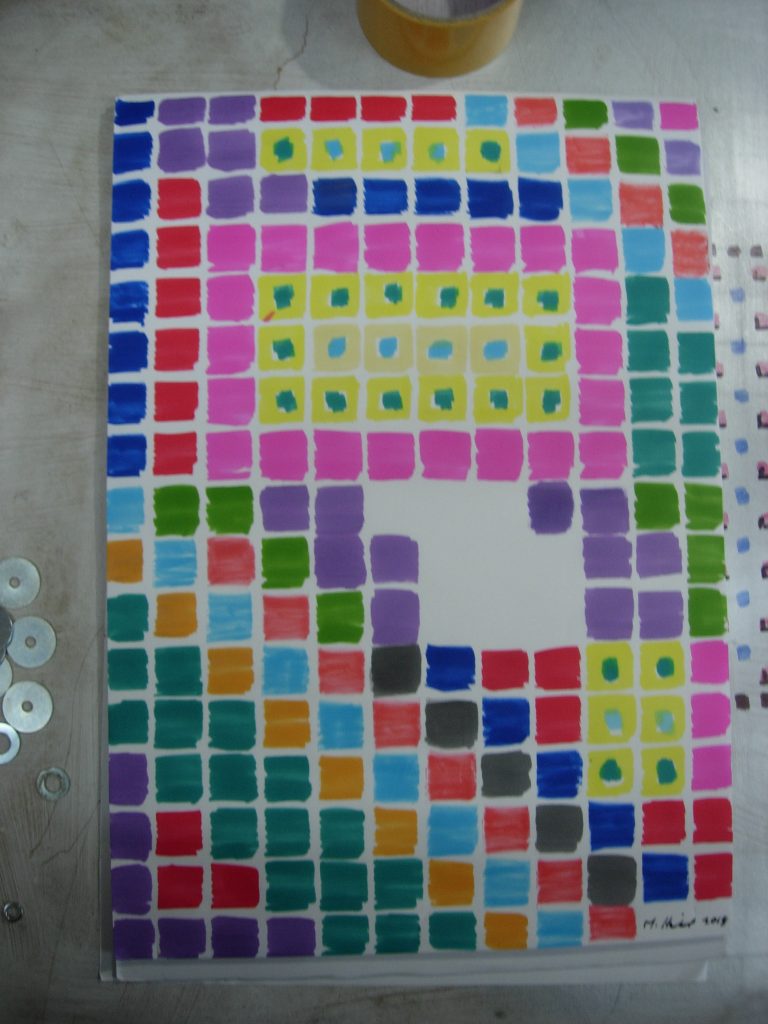 This idea came from previously working with wire grids on canvas and paper to produce isolated squares in different colours. Also I had been working on using miniatures of previous works for gift cards. Therefore producing wrapping paper was a natural extension. But was this feasible creatively and commercially?

A prototype was produced in rapid time otherwise it would not be commercially feasible. Similarly the creative process had to be spontaneous and without too much thought. Winsor and Newton Promarker felt pens were used on matching paper.

The result was pleasing and accomplished in a time which would not make the sale price prohibitive.

For the design an area was left blank for a greeting message and thought was given to recommending a type of sticky tape which could be removed without damaging the paper or including some decorative string to enable the gift to be wrapped without using tape, thereby preserving the original artwork.