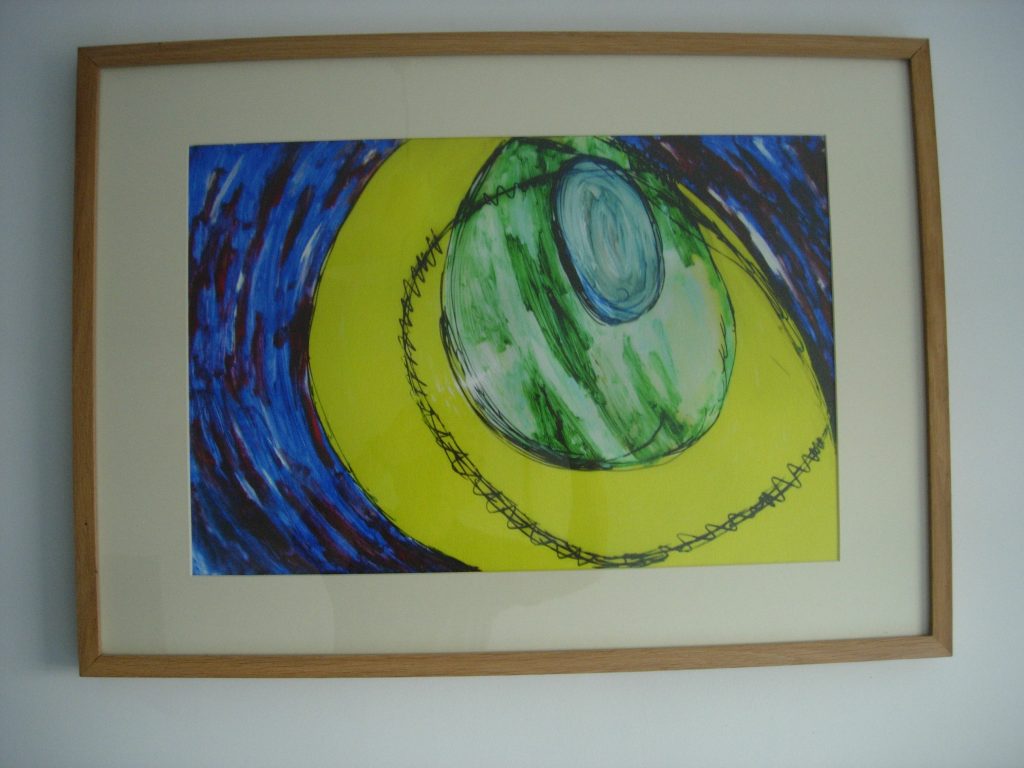 Media: emulsion and acrylic on polythene cover of boxed canvas.

Description: the original idea was a space view of moon, Earth and sun abstracted to appear closer to each other than reality. In order to get a feel for size and spacing I used a black marker pen on the polythene covering of the canvas.

A correction was made using cross-hatching on the large circle. Having done this I thought it would be interesting to test the colour combinations on the plastic covering and so painted accordingly. The result of this was interesting and visually appealing with a translucent effect.

Therefore I kept the work in that form rather than starting again on canvas.

The title is a play on words, i.e. space theme – “heavenly” and “poly theme” for polythene!

Self satisfaction score:7/10 the outcome was very interesting as a result of a mistake and experiment. The colours are vibrant and the black hatching adds an unusual twist. As does the surface media (I think the fragility of the piece and the potential for self-destruction pre-dated the shredded work by Banksy!?).

Top tip: do mad things occasionally! Painting on the polythene cover of a canvas seems crazy. But in this instance it made for a whole new approach and “look and feel”.