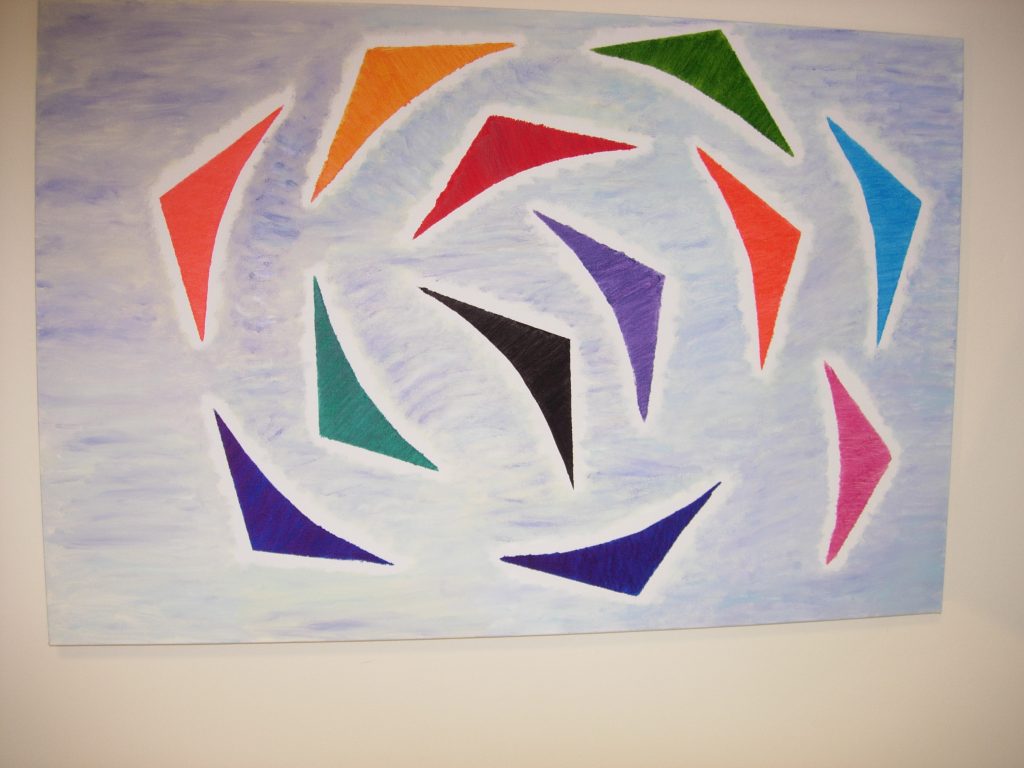 Description: An experiment in using Winsor and Newton Promarker felt pens. These flow easily on the surface and produce vivid colours. However they are primarily designed for paper and in particular special Promarker paper. Therefore it would be interesting to see if they could be used on canvas. The symbols were produced using masking tape shapes for the outer edges. The felt pens were used in a sideways movement to produce a consistent surface. The ink did not “take” readily as acrylic paint would do but nevertheless produced a pleasing colour effect with a subtle stripe where the pen had been applied. I thought this gave the work a sort of “silkprint” effect which was quite pleasing on the eye. The use of “light touch” masking tape meant that the edges of each symbol “bled” a little adding to the effect if not intentional. This should be noted for the future i.e. if a defined edge is required  then use  ordinary masking tape not “light touch”.

Self satisfaction score: 6/10 a simple work in terms of the result pleasing on the eye, if not particularly challenging or sophisticated. The sense of movement is good as is the pen effect on each symbol.

Top tip: even if certain materials do not seem appropriate for the chosen surface give it a try. Felt pen on canvas are not natural bedfellows but these worked well.