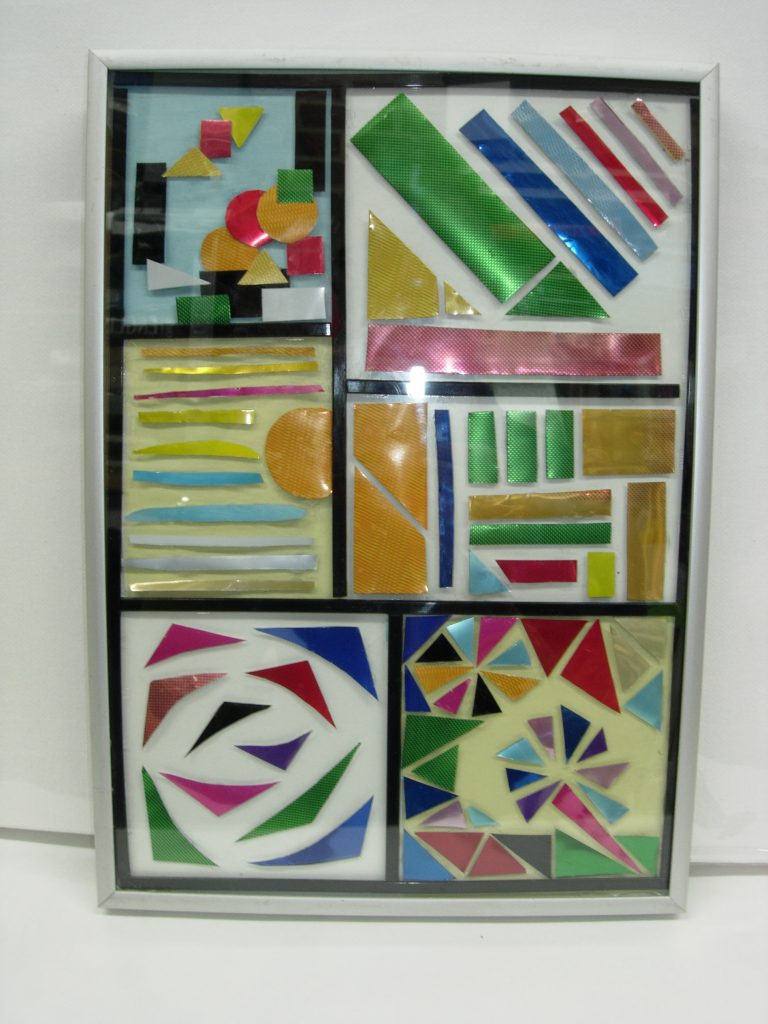 Media: metal on canvas board.

Description: a collage of six separate images designed in such a way as to depict a stained glass window. Two of the images were based on previous work, to left “Flow 2” and middle left “Orange Fade”. The remaining four images were newly created. Flow 2 has a blue paper background in line with the original work. The bottom right mage of flowers/windmill has a yellow background.

The black dividers to each image are plastic cable ties. A heavy metal silver frame was used to emphasise the nature of the raw material . The result is a physically heavy work which literally adds weight to the subject.

Self satisfaction score: 7/10 a technically difficult work to produce due to the small scale of pieces and first time use of plastic ties. The images are complimentary and Flow 2 has a 3D effect not present on the original work. The concept works well and conveys the impression of a “stained glass window”. If repeated it might be better on a larger scale.

Top tip: previous work can be used as a “variation on a theme” with success.The bottom right image was also used in a future work “Migration”.

On show at the School House Gallery, Wighton, Norfolk: 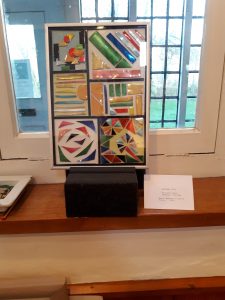